Life continues to grow and evolve on the Coast. August is in full swing. This is going to be a point form update. I haven’t been sleeping that well lately, and there’s just too much happening at the moment to put together an eloquently written life update for the week. So HERE GOES.

So that’s it for now! Sending love from the Best Coast. 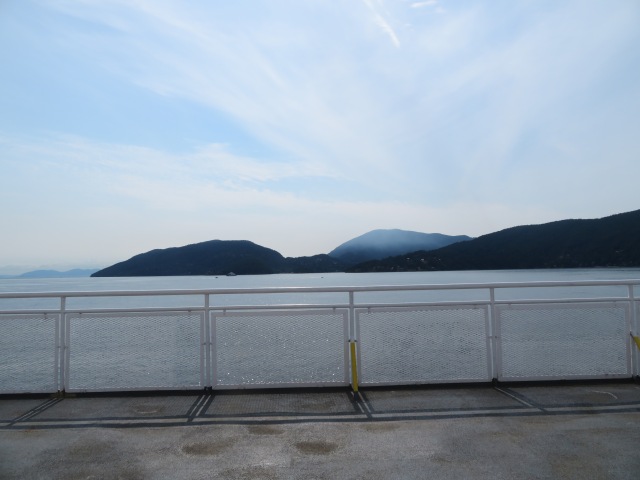 Two-monthaversaryyyyyyyyy. I can’t believe that I’ve already been on the Sunshine Coast for two months. In some ways it feels like it’s been forever, and in others it feels like it could not possibly have been that long already.

Week in review! Once again, I did not take as many photos as I should have. It’s just something that I’m not in the habit of doing, that I need to get over feeling awkward about. Get over iiiiiit. Also, tbh when I’m cycling somewhere, sometimes I can’t be bothered to stop on the side of the road/path to grab my camera out of my bag.

Last week, I FINALLY went on a run to the ocean, and I wished that I’d worn something appropriate for swimming because the water was so nice when I dipped my feet in. This was a good reminder that a big part of why I moved here was to spend more time in the sea, and I haven’t really taken proper advantage of that yet. Soooo… to make it a habit to spend more time in the water, I’m doing a little 30 day ocean challenge for myself – just meaning that every day for the next 30 days, I have to go into the water. The exception being if I am in the city for the whole day. Ocean tiiiiimes. To help facilitate this, I bought some bikini bottoms that are appropriate for running in so that the run home post-dip isn’t the worst ever.

Social life wise, it was time for another Sunday Cider Summer Sizzler, which is always a great time with great pals (and their adorable children). 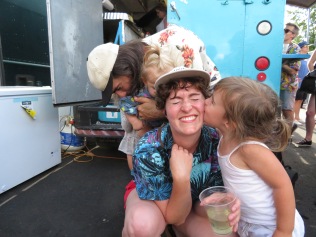 I had a one too many afternoon ciders in the sun, and crashed hard around 10pm. Thanks to Meagan, Ayma, and Amy for hosting me in their lovely home in Strathcona! Again, no photos. Whyyyyy. Had such a nice catch up with these ladies, and their house is a dream. Had a really wonderful bfast hang in the morning, before biking to North Van for a lunch date with Nico at Budha-Full.

My original intention had been to take transit there, but when I looked it up on Google Maps, it took the same amount of time as biking and in that case, I’ll choose cycling almost every time. And the bikeride there was actually so pleasant. The entire way was on a bike route, and even going over the bridge I did not really have to deal with car traffic for even a minute. I forget sometimes how amazing the bike infrastructure is in Vancouver – even if it’s not separated bike lanes, there is always a convenient route off of the car path mapped out for bikes. It’s so nice.

Had a great lunch, and as we were wrapping up, Jess Robson walked in. Paaals.

J-Rob and I had a shoot planned at The Distrikt for our upcoming writing + yoga workshop (details to come!!), and apparently we were on the same vibe that day lunchwise, but also we showed up wearing matching outfits without prior discussion, so way to go us. Cannot wait to run a workshop with this lady.

Finished just in time to get dropped off for the 4:30 ferry home (thanks Jess and John!)

The next day, I had some more errands and meetings and things in the city, so went in early and mostly did some running around for the first couple of hours. In the afternoon, toured BrainStation’s new Vancouver space, and had a chance to chat with the Vancouver GM.

Again, quick trip home but not before grabbing an Oyster Burger from the takeout window at Olive and Anchor’s take-out window. I’ve been missing the abundance of Buck-a-Shuck places that I’d become used to in Toronto, and discovered the O&A does these M-F from 3-5, which is good knowledge to squirrel away for future Horseshoe Bay ferry waits.

Not a ton else to report this week. The roommate hunt is a little slower than expected, but I’m not too worried about it.

The Coast, and freelance life, continue to be a slew of lessons learned every day, but they’re good lessons. Trying my best to be present for all of it.

Yesterday I finally hopped on a plane with my bike, and the kitties, and trekked on back to BC to live on the Sunshine Coast. It feels both completely brand new, and like coming home, all at once. I’ve spent a lot of time here. I’ve got friends here. But there’s so much newness in actually living here.

The journey itself was a little hectic – bumped flight, delayed bumped flight, amazing airport >> horseshoe bay rescue by my pal Matt Milligan, ferry ride, and late evening pick up by Jac, but made it with the kitties and all of my things in one piece, and it’s so nice to have this feeling of home.

I spent the day getting settled. I got some things for Rosemary and Thomas, answered emails, put my bike together, touched up my roots, and did laundry.

Before dinner, I biked to the store to pick up beers, icecream, and salad things, and riding my bike out here felt so nice. I’m sure that over time, there will be things about cycling on the side of a rural highway type road that will irk me, but for now I am just relishing the lack of city traffic. I am relishing the extreme chill West Coast vibes in such stark contrast to cycling in Toronto.

It is beautiful here, and it is magical, and I know it’s gonna’ be just great.

I really dropped the ball on the last quarter of the 100 day project. Regardless though, I DID write more in this time period, so I suppose in that way, it still served its purpose. Right? Right.

The summer so far has been an amazing blur of way more running than in the past, pal hangs, lots of creativemornings things, and many many meetings to talk about current and future collaborations. Sometimes I can’t believe the momentum I’m gaining in terms of just meeting incredible people. How many new and wonderful, talented, humble, wonderful humans can one person possibly meet?

ANYWAYS. I’m home visiting Vancouver and the surrounding areas at the moment, and it’s always an emotional, but also comforting experience. I miss the coast. But there are also so many reasons that I’m not ready to return. More and more, I am mulling over the idea of trying to create a life that allows me to split my time between these two cities. Vancouver/the Sunshine Coast are so deeply connected to my heart, and the deep deep depths of my soul. My heart and bones ache for the mountains and ocean when I’m not around them, and I actually can’t help but cry when I’m taking the ferry home across the ocean. THAT’S HOW MUCH I MISS THE GD OCEAN, AND THE LANDSCAPES OF COASTAL BC. Long days running through the forests and plunging into the ocean; harvesting veggies from my friends’ gardens, and feeling all of the love and security of people who love me incredibly.

But then Toronto speaks to me, inspires me, and drives me in completely different ways. It pushes me to grow, and to be better, and to be brave. I can feel myself becoming a better and better version of myself with each month that passes that I live there. I have more confidence, and more sureness of myself and my abilities, and more security in my own strength. I would simply not have been able to reach this level of growth had I stayed in Vancouver.

SO WHAT DO I DO NOW. Two battling loves, and two very different lives, both of which I crave so deeply. I just want them both. Now I just need to figure out how to make that happen.